Reading a skating result protocol can be a daunting task. With so many abbreviated codes and numbers, it can be hard to grasp what the results actually mean.

The score for the entire program is called Total Segment Score and combines two parts:

Deductions, for example for a fall or a costume malfunction, are subtracted from the final segment score.

Each element is assigned a Base Value based on its difficulty. The judges then decide on a scale of -5 to 5 how well this element was executed. The resulting Grade of Execution (GOE) is added or subtracted from the base value. The Total Element Score is the sum of all the Base Values + GOEs. (see: ISU 2167 Scale of Values for the Season 2018/2019)

(Further information: How to calculate the GOE)

StaLiB – This is a Stationary Lift. The lift has a base value of 1.00. Although the skaters received a Level 4 for this lift in the live-scoring (StaLi4), when the technical panel reviewed it they dropped it down to Base level. The male skater travelled during the lift, which means it didn’t fit the technical requirements for a stationary lift.

ChSt1– This is the Choreographic Character Step Sequence. It is designed to embody the character of the dance, and as it doesn’t require the intricate footwork of other step sequences, it can only be awarded a Level 1.

SlLi4+CuLi4 – This is a combination lift of a Straight line Lift and a Curve Lift. Both lifts were awarded Level 4s by the technical panel.

OFStL3+OFStM3 – This is the One Foot Step Sequence. It’s judged separately for the Lady and the Man. Both skaters were awarded a Level 3.

MiSt4 – This is the Midline Step Sequence. It describes the path direction the skaters take across the ice. The skaters are judged together for this step sequence and received a Level 4.

ChTw1 – This is a Choreographic Twizzle. All choreographic elements can only receive a Level 1 from the judges.

Sp2 – This is the Spin. It received a Level 2 from the technical panel.

ChLi1 – This is a Choreographic Lift. This element is only performed after all of the other required lifts are performed in the program. It can only receive a Level 1.

Program Components are judged in 5 categories:

Judges will award points up to 10.00 for each category. The trimmed mean (discarding the lowest and highest) of the judges’ scores is what you see on the right side. In ice dance, the Free Dance Program Component Score (PCS) is worth a factor of 1.20, as opposed to 0.80 in the Rhythm Dance. The judges’ scores will be multiplied by the factor to get PCS.

How to calculate the GOE

The GOE is also calculated using the trimmed mean (discarding the lowest and the highest score given by the judges J1 to J9).

To put this into context: In line 8 we can see that the Dance Spin (level 2) Sp2 has a base value of 4.00. The Scale of Values table shows us that the GOE can add or subtract a maximum of 2.25 points.

Senior and Junior Ice Dance and Pairs Splits of 2020/21 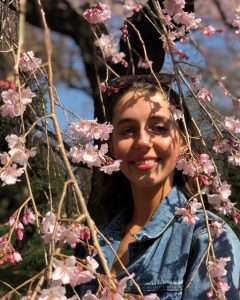 LILAH FEAR on her partnership with Lewis, preparing for competition, and balancing her studies with skating

JOIN HERE A big thank you to everybody who has decided to enter the form! We are so excited to play this game with you over the following weeks. Below are all the entries we have received so far. Don’t worry if you submitted your form recently and do not

We use cookies to ensure that we give you the best experience on our website. If you continue to use this site we will assume that you are happy with it.OkPrivacy Policy