The preliminary schedule for the 2020-21 skating season. Competition dates may change, or be cancelled due to the COVID-19 pandemic.

The Challenger events of 2020/21 will no longer be considered a series, but as individual events. No World Standings points will be awarded, and Minimum Total Elements Scores will only apply if the event fulfils the requirements.

The Grand Prix series will not award World Standings points and scores will not count towards the Minimum Total Elements Scores.

On July 13th, Japan Skating Federation has decided to cancel assigning skaters to the Junior Grand Prix and Challenger Series events in light of the coronavirus pandemic. Source

On August 7th, British Ice Skating announced that no skaters would be sent to international events in 2020, excluding Performance Squad Athletes who may request entry and will be considered on an individual basis. Source

On July 20th, the ISU announced the cancellation of the Junior Grand Prix Series. Source

On August 4th, the ISU confirmed that the Senior Grand Prix series would be going ahead as normal, however they will be held as domestic competitions. The circumstances around Grand Prix Final, which would be a test event for the 2022 Olympics, are still being discussed. Source

The ISU Challenger Series is made up of 10 competitions, that take place between August and December. (Events marked with * will have no pairs competition.)

Furthermore, there are other international competitions for Novice, Junior and Senior skaters. For more competition information, please visit the ISU Calendar

Please support us and

JOIN HERE (Submissions closed for Skate America. Will reopen for Skate Canada) A big thank you to everybody who has decided to enter the form! We are so excited to play this game with you over the following weeks. Below are all the entries we have received so far. Don’t

The 2021 World Championships take place from the 22nd to the 28th of March in Stockholm, Sweden. Here’s a rundown of who you can expect to see competing at this event and some information about them. (Notable results are always international to avoid as much domestic judging bias as possible, 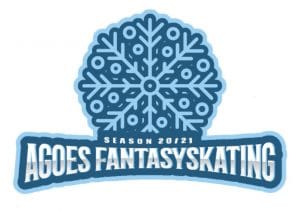 Welcome to Anything GOEs Fantasy Figure Skating for the 2020/21 Grand Prix season! This week: SKATE AMERICA Here’s how to play: Pick ONE skater/team from EACH group below to represent you for the event, and whatever total score that skater/team gets in the event (rounded up to the nearest whole