The Grand Prix series for the 20/21 season takes a different shape from prior seasons due to he COVID-19 pandemic. On August 4th, the ISU announced that the series would go ahead but to limit the amount of international travel for events that they would be assigned with skaters who are geographically local to their location. Due to these special circumstances the ISU also determined that no World Standings points would be awarded for competitors.

The ISU Council announced on September 30th that the Grand Prix Final would be postponed or cancelled. Conclusions regarding the future of the event will be released in due course.

The Grand Prix assignments were released by the ISU on October 1st, 2020.

On October 14th, Skate Canada was cancelled due to the developments of the pandemic.

On October 19th, Internationaux de France was cancelled due to the developments of the pandemic, including a curfew imposed in France. 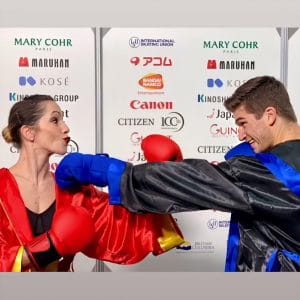 Individually, Nicole has had a 16-year-long career, in both Singles and Pairs, including competing at 3 Olympic Games. Matteo started his career as a roller skater, and switched to ice skating only 10 years ago.

We caught up with them just after Nationals, to talk about their setbacks this season, and some highlights from their career so far!

We use cookies to ensure that we give you the best experience on our website. If you continue to use this site we will assume that you are happy with it.OkPrivacy Policy