Skating his story: Sena Miyake on his Grand Prix experience, programs, and the upcoming Japanese Nationals

Skating his story: Sena Miyake on his Grand Prix experience, programs, and the upcoming Japanese Nationals

After placing sixth at Nationals, being assigned as the third alternate for the Olympic Games, and finishing just off the podium at the Four Continents Championships last season, Sena Miyake of Japan was hoping in October to elevate himself even further at his Grand Prix events. This year, he was assigned to two international Grand Prix events: Skate America and the Grand Prix de France, but was met with frustrating results. Miyake agreed to share his thoughts with us ahead of the Japanese Nationals, where he will be going up against top skaters to try to earn a spot at other major competitions being held this year. The culmination of these events will be the World Championships held in Saitama, Japan from 20-26 March 2023.

Miyake was born in 2002 in Okayama, Japan, and began skating in 2006. He steadily climbed the ranks over the following years, placing third at Junior Nationals during the 2020-21 season. He made his Grand Prix debut at the 2020 NHK Trophy in the midst of the COVID-19 Pandemic, where he placed ninth: it was a competition where only Japanese athletes skated at the event.

At last year’s Japanese Nationals, the three skaters on the podium were those who would go on to compete at the 2022 Olympic Games (Yuzuru Hanyu, Shoma Uno, and Yuma Kagiyama). The Japanese federation opted to send the skaters with the next three highest scores to the Four Continents Championships, meaning that Miyake’s sixth place finish enabled him to compete at the event alongside compatriots Kao Miura and Kazuki Tomono.

At the 2022 Four Continents Championships, Miyake delivered two strong skates and attained new personal bests for the short program, free skate and combined total score. He finished in fourth place overall, with the silver and bronze medals won by his Japanese teammates, and the gold medal going to Junhwan Cha of South Korea. Miyake shared that competing in the event helped improve his confidence, “I also felt as though I had finally reached the starting line by being able to compete at the Four Continents Championships’.

Building on from this successful season, Miyake was assigned to Skate America in July, the first of the six Grand Prix events leading up to the Final. Following Olympic silver medalist Yuma Kagiyama’s withdrawal from the Grand Prix de France due to injury, Miyake had the opportunity to compete at Angers. With the 2022-23 season marking the start of a new Olympic cycle, numerous skaters this year have spoken about looking ahead to the next Games, or reflecting upon their long-term goals and objectives. It’s no different with Miyake, who stated before his Grand Prix events that he “would like to use this season to build a foundation for the next few years”, further explaining that “it will be a very good experience for me to get two assignments, so I would like to use these competitions as an opportunity for development.”

For many, Skate America 2022 is synonymous with seventeen-year old phenom Ilia Malinin’s Senior Grand Prix debut success, with the American landing the quad axel in his free skate and earning resounding cheers from the crowd, ultimately winning the gold medal. Also competing against other strong skaters such as Junhwan Cha, Kao Miura and Daniel Grassl, Miyake was unable to put out the performances he wanted to. He fell twice coming out of the triple axel in his short program, resulting in a two-point deduction from his total score. Going into the free skate in sixth place, he had a few falls and a downgraded jumping pass, dropping to ninth place overall. 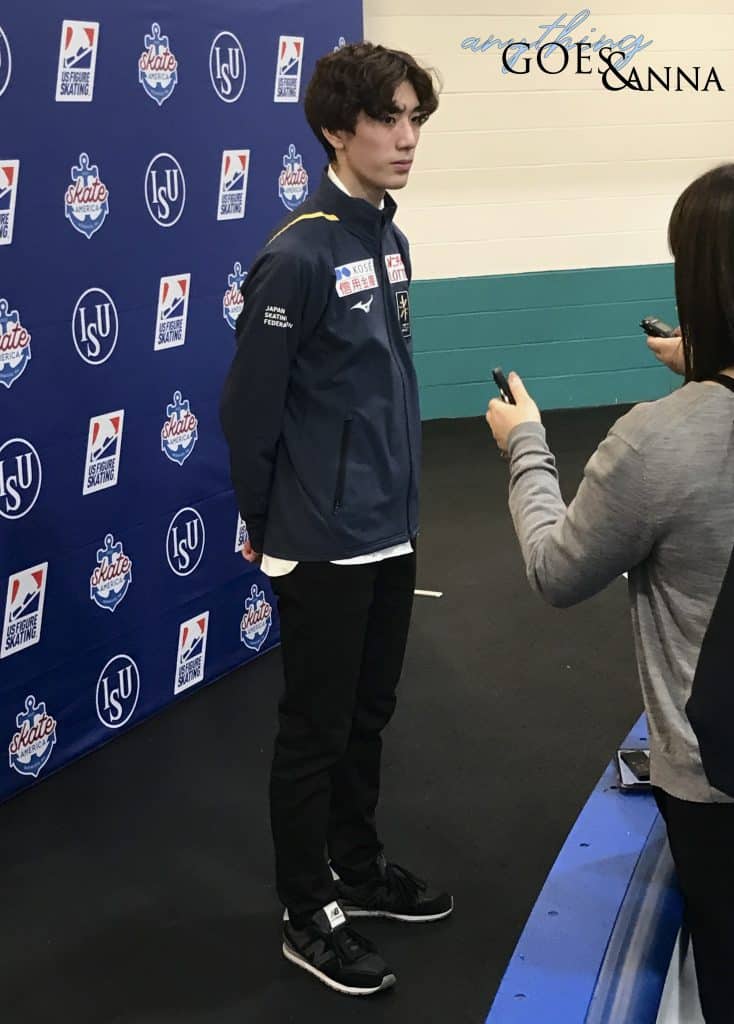 At the Grand Prix de France two weeks later, Miyake popped the triple axel into a single. This is considered an invalid element and thus prevented him from gaining crucial points: he finished the short program with the tenth highest score overall. Miyake withdrew from the competition after the short program due to an illness. He expressed that “both of the competitions of the Grand Prix series had very disappointing results”. Nonetheless, he feels that he has “been given a great opportunity to develop further”. Miyake also told us that he’s thinking about how to use these competitions as a springboard for the future, stating that he “would like to use these experiences to put out [his] best performance at Japanese Nationals”.

In both America and France, Miyake skated to ‘Unchained Melody’ in his short program, a track made famous by the 1990 film Ghost. It is a program which he has carried forward into this season after previously skating to it last year. During our conversation, he shared that he “was initially thinking of skating to ‘Liebesträume’ this season, which was choreographed in February this year, but due to factors such as the rule changes, the program that was reworked wasn’t quite clicking.”

He further explained, “That’s why I tested out skating to last year’s program, ‘Unchained Melody’, and decided that I would like to use it again, which is why I have returned to my program from last season.” It’s been a wise choice: ‘Unchained Melody’ enables him to play to all his strengths as a musical and emotive skater; the song begins softly, lyrically, and builds up to a passionate finish.

These characteristics are also present in his free skate to ‘Titanic’, which shares similarities in style and approach with his ‘Swan Lake’ program last season. The free skate opens as the Titanic sets sail, and brings the audience along for the story, with attention to detail and expression in the step and choreo sequences. Both the ‘Titanic’ and ‘Swan Lake’ programs map out a narrative arc and strive to encapsulate the two different works- one a ballet and the other a film, both large-scale pieces- in just the four minutes of the free skate. It’s a challenging feat, and it is one which he pulls off with skill: “With both last year’s ‘Swan Lake’ and this season’s ‘Titanic’, I listen to the music and imagine things like the flow of the story, or which scene it is,” he explained, “and try to incorporate this into how I express it.” The ‘Swan Lake’ costume from last year is memorable: a prince’s shirt reminiscent of one seen in the ballet, coupled with dark feathers along one shoulder and arm. When asked about the process of envisioning and designing his costumes each year, Miyake explained that “they are made for me based upon an image of the main character of the piece of music or work. The ‘Titanic’ costume was made by drawing upon the protagonist, Jack.” Miyake’s costumes undoubtedly play a large role in helping him emulate these characters- and through them the wider story and world- which creates an experience for the audience and judges that extends beyond just the technical elements such as the jumping passes, important as they may be.

The concept of growth came up several times in his answers, as he considered the experiences of his career so far whilst also looking ahead towards the future. He is already a skater who has a solid technical arsenal with both a quad toe-loop and salchow, and has versatile capacities ranging from delicate to powerful performances: it is exciting to see how both his TES and PCS develop over the coming competitions and seasons. Asked if there was a particular part of his programs which he wanted audiences and fans to keep an eye out for this year, he replied, “I would like them to see the scale of my skating throughout the entirety of my programs this season. I feel like I have grown a lot, physically, compared to last year, and that my skating skills have also developed.”

Japan has a notoriously intense competition at Nationals each year, and with four of the six men who qualified for the Grand Prix Final being Miyake’s compatriots, it is clear that the sheer depth of the field promises to make it a thrilling event. In the other disciplines of the competition, skaters we have seen at the Grand Prix this season will face off head-to-head, such as Kaori Sakamoto, Mai Mihara, Rinka Watanabe, Rion Sumiyoshi, and Mana Kawabe, along with ice dancers Kana Muramoto/Daisuke Takahashi and Misato Komatsubara/Tim Koleto, to name a few. Whilst there is a plethora of skaters who Miyake likes or admires, he stated that “out of them, the skater who I admire the most and am aspiring to be like is Daisuke Takahashi”, who used to compete in Men’s singles.

For Japanese skaters, the World Championships in March will be a special opportunity to skate in front of a home audience, and these Nationals will thus become a chance for each skater to earn a spot at the competition. The last time the event was held in Saitama was 2019, with Yuzuru Hanyu placing second behind American Nathan Chen, Shoma Uno coming in fourth place, and Keiji Tanaka finishing fourteenth. Athletes often speak about the energy and ambiance of a home crowd, and for Miyake it “has been [his] goal since [he] was a child to compete at a World Championship held in Japan”. He continued on to say that “At Japanese Nationals, I would like to make the most of my experiences this season to show my best.”

This season, perhaps more than any other, has brought to the forefront the fundamental question of what figure skating is: a sport, or an art? Whilst the answer is undeniably both, how do the two aspects interact and complement one another? Upon reflection, it is perhaps in the very difficulty of limiting the discipline to one definition where the beauty lies. We have seen time and time again the merging of the technical and the artistic, with skaters themselves occupying roles as both athletes and performers.

For Miyake, when asked how he would explain figure skating to his five-year-old self in just a few words, his answer was simple: “I guess ‘Your Story’” (laughs). 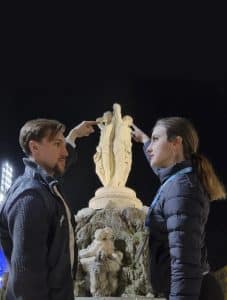 Latvian ice dancers Aurelija Ipolito and Luke Russell only met three times before they started skating together, with their new partnership beginning in the midst

At M.K. John Wilson Trophy, I had the pleasure of sitting down with two-time Olympic Champion and three-time World Champion Scott Moir. We spoke in 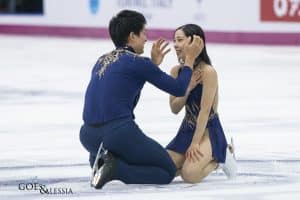 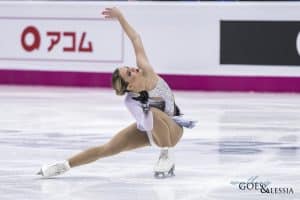 The 2023 European Championships take place in Espoo, Finland from the 23rd-29th January. Here’s a rundown of who you can expect to see competing at 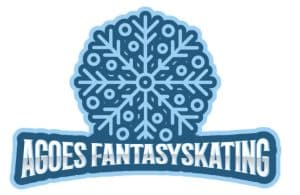 Below you will find the results for each discipline for the Junior Grand Prix Final 2022.  Click here if you want to see how well

Below you will find the overall results for the Junior Grand Prix Final 2022. Click here if you want to see how well you did

Below you will find the results for each discipline for the Grand Prix Final 2022.  Click here if you want to see how well you