This year the 2021 Nebelhorn Trophy will serve as the final Olympic qualifying event for the 2022 Olympics.

The 2021 World Championships were the first qualifying event where 23 men, 24 women, 16 pairs and 19 ice dance teams earned quotas for their countries.

The qualification system for the 2021 World Championships, was as follows

Previously at the World Championship preceding the Olympic season, skaters could qualify multiple spots for their country, without the need to send skaters to Nebelhorn. For example at the 2017 World Championships, Boyang Jin was the only entry for China in the men’s competition but by placing in the top 10, was able to secure 2 spots for China at the Olympics without the need to secure any qualification spots at Nebelhorn Trophy.

However, a rule change was implemented post the 2018 Olympics, which means if a skater finished with the chance of earning additional quotas, their federation has the chance to send a skater different from the one that competed at Worlds, to secure the quota.

Skaters will be competing for a limited amount of final qualification spots. There are 7 quotas left for the men, 6 for the women, 3 for pairs and 4 for ice dance.

There may be 1 additional quota added to the men and/or women, as the Swedish federation have an internal placement rule that skaters must achieve a score equal to 8th at Worlds or they won’t be assigned. In this case, and any other case of a federation choosing not to send their skaters, the quota will be rescinded and assigned to the next highest placing skater at Nebelhorn.

At the 2021 World Championships, men’s singles skaters Keegan Messing (Canada), Junwan Cha (South Korea) and Kevin Aymoz (France), all placed in the top 10 that earned 2 spots for their respective countries however the second spot will have to be earned by a skater that isn’t Messing, Cha or Aymoz, at Nebelhorn Trophy.

Nathan Chen and Jason Brown, of the United States, and Mikhail Kolyada and Evgeni Semenenko, of Russia, qualified 2 spots for their countries and will have the chance to earn a third spot at Nebelhorn Trophy, by a skater that isn’t one of Chen, Brown, Kolyada or Semenenko.

Women’s singles skaters from the United States, Karen Chen and Bradie Tennell also qualified 2 spots with a potential 3rd to be earned at Nebelhorn.

Austrian skater Olga Mikutina and Belgian skater Loena Hendrickx finished in the top 10 but were the only skaters from their countries at Worlds. Both federations can enter a second skater, but not Mikutina or Hendrickx, to qualify a second spot.

Riku Miura / Ryuichi Kihara of Japan also placed high enough at Worlds that the Japanese federation can send a second pairs team to qualify another spot for the Olympics, however, Japan doesn’t currently have another senior pairs team to send.

In ice dance both Italy and Great Britain only received one quota each, so both are eligible to send another team except Charlène Guignard / Marco Fabbri or Lilah Fear / Lewis Gibson to earn a 2nd quota.

Any country that didn’t earn a quota at Worlds, including those that didn’t even qualify for Worlds, are eligible to compete for one at Nebelhorn Trophy.

One Reply to “2021 Nebelhorn Trophy: The Breakdown”

Please support us and

JOIN HERE A big thank you to everybody who has decided to enter the form! We are so excited to play this game with you over the following weeks. Below are all the entries we have received so far. Don’t worry if you submitted your form recently and do not

CHECK OUT THE OVERALL RANKING FOR GRAND PRIXOverview of all Rankings The Grand Prix Season is officially over and we can release the results of our Fantasy Skating game for this week!  Thank you to everybody who participated!  Highest Scores GPF 2019 by discipline Highest Score – Men (max. points: 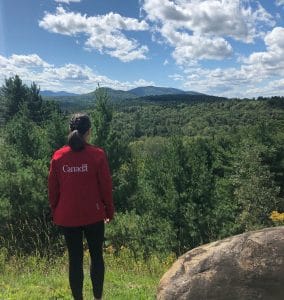 Emily Bausback is the 2020 Canadian National Champion and was recently selected to represent Canada at the World Championships in Montreal.

We caught up with Emily just after she had been announced to the World team to talk about her season, balancing school and the best advice she has received.