Figure skating is a sport where it’s challenging to analyse the popularity of its athletes properly. Most fans watch or re-watch skates via YouTube but doing so is difficult because when non-official accounts upload them they are so frequently taken down for copyright infringement. But official accounts are often geo-blocked throughout the World because of television rights. The same is not true for the Junior Grand Prix series, which uploads skates from every participant on a designated channel and is available worldwide because it’s not shown on television or by paid streaming services.

This year, between the months of December and March, I compiled data for every single skater and team uploaded to the Junior Grand Prix Youtube channel with the purpose of analysing growth and popularity throughout the years.

(Note: Take into account a margin for human error, for example, there were incidences of missing videos, duplicated videos, or videos that didn’t appear due to music copyright. And as this data was compiled several months ago the figures will already be somewhat out of date. There is no data to account for in 2020 as the Junior Grand Prix was cancelled due to COVID-19.)

In total, I recorded 74 countries that participated in the Junior Grand Prix from 2011-2021. All of these are active ISU members today except for two: Grenada and Puerto Rico. Grenada’s provisional membership was suspended by the ISU in October 2015 after ‘failing to maintain minimum requirements’, the same applied to Puerto Rico in April 2015. The two skaters who represented their respective countries internationally were Oliya Clarkson (GRN) and Roobi Gaskins (PUR).

Cumulatively over the years, whilst Russian skaters have taken a substantial lead over the rest of the field in the last few seasons, Japanese skaters had more views until 2017. It was viral “quad queen” Alexandra Trusova who played a big role in Russia pulling ahead in the view count.

It is important to note that while Mexico and India have proportionately fewer participants taking part in the Junior Grand Prix, their viewership is very high, showing a significant interest in skating in these countries. I really hope these countries can continue to procure a love of skating and see more success in the future despite a lack of funding.

I compared viewership from year to year for each country and no country had a consistent increase or decrease over time. This suggests some viewership fluctuates according to specific skaters and their appeal to audiences rather than the country they represent on the international stage. There is no indication that a federation is able to sustain constant growth in popularity over time, particularly in the case of small federations that may drop off entirely for a season or two if the talent pool has dried up and they lack skaters or teams to send.

The four disciplines of the Junior Grand Prix are: Women, Men, Pairs, and Ice Dance.

Much like in the country stats the discipline figures fluctuate from year to year. All disciplines had an uptick of views for the 2015 and 2016 years, but many of these views weren’t sustained. What can be seen is that the popularity overall has increased since the 2011-2014 years, although Men’s figures were at their lowest ever in 2021 due to the lack of Japanese participants. What is abundantly clear is that the disciplines have drastically different levels of popularity from one another.

Women are by far the most popular discipline – taking up more than 58% of the total views. This is followed by Men with just over 27%, Ice Dance just shy of 10% and Pairs in last with just over 4%. It is a factor to consider that the Women’s field always has the most competitors, whereas the Pairs discipline is only included in a reduced number of events because there are fewer competitors. Although there is a discrepancy in the number of competitors per discipline, even if there were equal amounts the Women’s field would still likely lead by a strong margin due to the views per video overall.

It was fascinating to accumulate views and discover who the most popular skaters and teams on the Junior Grand Prix between 2011 and 2021 were. Sometimes popularity and strong results coincided and even translated into Senior accomplishments, but in some cases popularity could stem from a more entertaining skater from an unexpected country or a team may have split or retired before ever succeeding on the Senior international stage. What was clear was that viewership increased as the Junior Grand Prix became more established and better quality in production. Despite videos appearing since 2011, the event wasn’t properly hosted on the YouTube channel until 2014.

There is obviously far more correlation between singles popularity on the Junior Grand Prix and how that translates into a senior career as opposed to in Pairs and Ice Dance. Only four of the listed Pairs made it to full-time Senior level, and several of the Ice Dance teams split before becoming Seniors or their partnerships dissolved soon into their Senior career. It is obviously a bigger struggle when a team relies on one another for success, when two people are involved far more problems can arise whether that be a personality clash, injuries, or outgrowing one another due to puberty.

As mentioned before singles views’ popularity far outweigh Pairs and Ice Dance. When combining them all into one list the first ice dance team is 36th and the first pairs team is 54th. In total there were 2049 different skaters or teams on the Junior Grand Prix over the years according to my compiled data.

If you would like to view the entire spreadsheet of data, year by year and accumulated into specific categories – please subscribe to our Patreon where this will be available for the lowest tier for $1 per month (or whatever your currency of choice is). 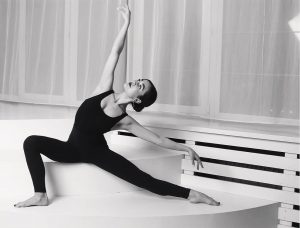 This list includes teams that competed in the 2020/21 season, including those in notable domestic competitions. It also includes teams that split a considerable amount of time into the season, and those who retired. For the Split post of the 2019/20 season CLICK HERE. Ice Dance Hungary Villo Marton / Danyil

CHECK OUT THE OVERALL RANKING FOR GRAND PRIXOverview of all Rankings Skate America 2019 is officially over and we can release the results of our first ever Fantasy Skating game! We received over 600 emails and ended up with 160+ entries. Thank you to everybody who participated!  Check out your